Company SIMET was launched in 1970 under the name Sl Simet.

In the 70’s the company commenced production of electrotechnical equipment, including pipe brackets and signal lamps. During that time the enterprise defined the profile of its activity taking its place among electrotechnology manufacturers.

In the 80’s modern injection moulding machines were introduced into technological lines which allowed for gradual transition from thermosetting to thermoplastic plastic materials  as well as high-efficiency metal treatment devices. At that time close collaboration with production plants producing goods for the purposes of telecommunication was established, leading to the assembly of components and connection accessories for telephone exchanges. This involved a change in company name to TELKOM-SIMET.

In the 90's contacts with foreign partners intensified and further expansion of production of electrotechnical equipment continued. In December of 1997 TELKOM-SIMET was transformed into SIMET Spółka Akcyjna (Joint-stock company). An intensive programme targeted at adjusting the quality of company's operations to the existing market conditions bore fruit in the form of granting in April of 1999 of ISO 9001 Quality System Certificate. Presently, the company functions on the basis of the latest version of ISO 9001 Quality System: 2000 and ISO 14001.

The beginnings of XXI century  are deemed as an intensive work on the development of market strategy of the company. The company's new legal form paved the way for greater production and collaboration possibilities and actions in the area of collaboration with company environment. The newly employed Regional Representatives along with substantially converted Sales Department facilitated a dynamic growth of the sales network, becoming a driving force for company operations. The system based on obtaining information from the market initiated modernization of the so far production and allowed to elaborate new product series. Three  basic product groups: rail connectors, thermoplastic connectors and wiring boxes have been thoroughly modernized and subjected to segmentation as a result of market expectations. Simet's offer has been broadened also by products of other manufacturers in order to maintain its completeness in line with client expectations.

Apart from the product work as such on the development of an enterprise, also contacts supporting enterprise activity in the area of collaboration on the Polish market in marketing and logistics scopes were established. Polish Group of Electrotechnology Manufacturers was launched, consisting of the producers from electrotechnical industry for effective field collaboration. Initially, Simet was joined by Promet from Sosnowiec and SI Powstaniec from Karpicko.

Collaborations with foreign partners in the scope of production developed in parallel. Significant actions in this area involved:

II decade of XXI century was characterized by the functioning of fully mature and modern enterprise - both in market, organizational and production terms. Crystallization and stabilization of the most critical aspects of company functioning was reached: production, sales, logistics as well as HR profiles were enhanced. It was a period of stable growth of the enterprise in multiple dimensions of its activity. The group of Polish GPPE firms cooperating with one another has undergone modification and it presently consists of Simet SA, SI Powstaniec from Karpicko and Twardogóra. Close collaboration was established also with a German electrotechnology manufacturer - F-tronic from Saarbrϋcken. Currently the enterprise is the largest Polish producer of junction boxes as well as a significant manufacturer of connectors and electrical installation equipment. Company commercial offer encompasses further products - more advanced electrical and electronic products such as: varistor surge arresters, time programmer, electricity meters and a series of modern touch switches. The offer contains almost 1,500 commercial products and several hundred collaboration products.

Activity in the area of production collaboration is also ongoing.

In 2017, Simet SA - operating as a sheltered workplace - employed 270 persons (majority of which constituted disabled employees). That year, pursuant to substantial expenditures, a new production hall was handed over which is designated for manual assemblies as well as partial and full automation-based mounting. At the end of 2016 a new warehouse hall was handed over for sales purposes. 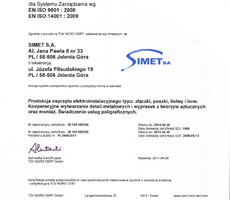 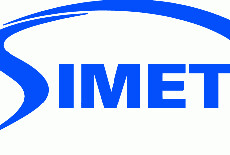 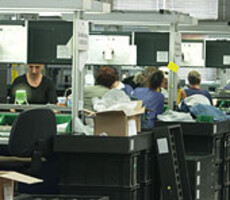 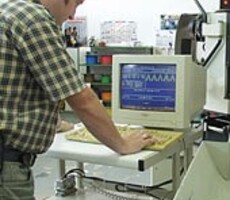